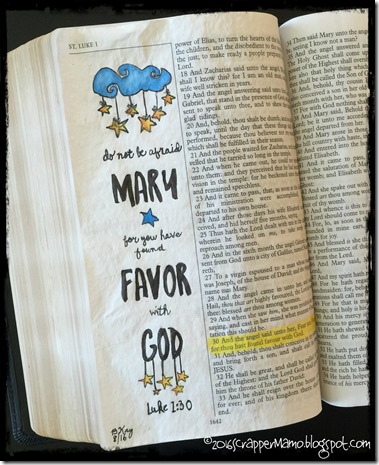 The Bible Art Journaling Bible Studies I have been working through, Women of Valor, with Seasons Illustrated, will have a total of 12 lessons. The first 8 women were from the Old Testament. With Lesson 9, we move into the New Testament, with the study of Mary, the mother of Jesus.

Mary was a woman who found favor with God, even as a young woman (possibly around age 15). How in the world was she able to accept, by faith, that she would become the virgin mother of Jesus the Messiah! What faith!! I chose to illustrate this happy part of her story.

Being with child at two times in my life, I can honestly say those were the happiest and most wonderful times of my life….well, until the children were born, and then THOSE were the happiest times…the blessing of motherhood is like none other.

But the part of Mary’s story that I can hardly bear is the part where she had to see her son be mistreated, and then watch as he was crucified for no wrongdoing of his own. I cannot imagine that pain. I believe that by faith she believed that it was all a part of God’s plan. But she was a mother. I say again, I cannot imagine her pain.

What a special woman was Mary, chosen by God to be the earthly mother of the Messiah. 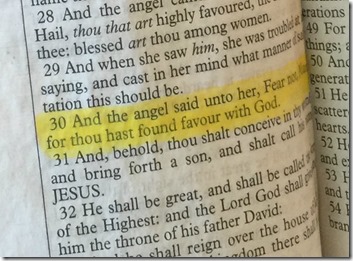