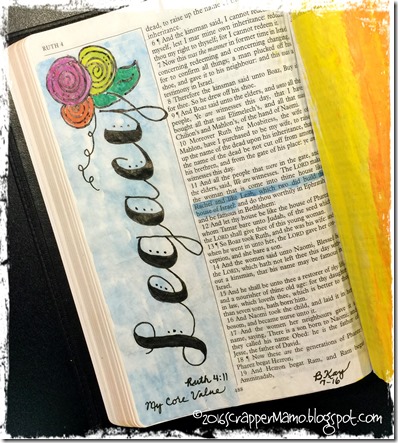 Rachel was the wife whom Jacob loved. She only had two sons; she died in childbirth with the second one. Still, despite the sad end to Rachel’s life, her story lives on through her sons.

Her first son, Joseph, is favored by Jacob and thus sold into slavery by his brothers, but rises from slavery to become an overseer of Egypt. He also becomes a strong and confident patriarch much like his father, and reconciles with his brothers despite their betrayal. He and Rachel’s son Benjamin, along with Leah’s sons and those of their handmaidens Zilpah and Bilhah, become the heads of the Twelve Tribes of Israel and so the fathers of God’s people.

Rachel was an imperfect woman. She kept idols, which tells us that her faith was likely less strong than Leah’s, or that her long-lasting infertility perhaps caused her to trust less in God. She was bitter towards her sister, though the sour parts of their relationship were two-sided just as much as were the loving parts. And she was not naturally resilient, often complaining or lashing out at her loved ones such as when she yells at Jacob, “Give me children, or I shall die!”

And still, despite her imperfections, she was chosen to be one of the mothers of God’s people. Along with Sarah, Rebecca, and Leah, Rachel is considered one of the matriarchs. She is still remembered today, honored in homes around the world on the night of the Jewish sabbath, when daughters are blessed with the words,

“May God make you like Sarah, Rebecca, Rachel and Leah.”

Though Rachel may have felt forgotten when God did not give her children, she was always remembered, just as God remembered Hagar, and Sarah, and Rebecca, and Leah in their own distress. And still today, we remember her.

Rachel’s legacy through her sons is what the elders in the Book of Ruth refer to when they say that “Rachel and Leah… together built up the house of Israel.” Ruth 4:11

Legacy is a core value in my life. I have always been aware of and believed in the importance of what I leave for my descendants, in terms of who I am and what I would like for them to remember about me. So when the word “legacy” was used in this study, to describe the story of Rachel and the other matriarchs, that’s the part of the story that resonated with me.