The prompt for Week 28 of the Gratitude52 Journal is the toughest yet. 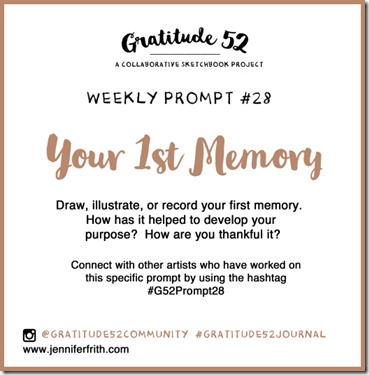 Wow. Now, rest assured, I have some very early memories. My earliest memory, in actuality, was right after my sister was born. She is 15 months younger than I, and I have a memory from not long after she came home from the hospital and took over MY baby bed. But, I can’t think of a link between that memory and my “purpose.”

So I gave myself permission to recall one of my earliest memories that IS illustrative of who I became and who I have been, the rest of my life since that memory. 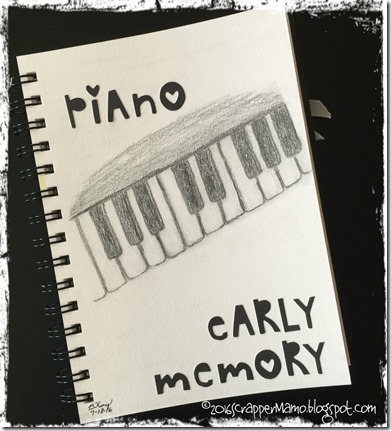 One time when I was around 9, my family was visiting in the home of someone who owned a piano, and the piano was in the living room where we were gathered. I placed my 1-3-5 fingers on the keys, playing what I later learned was a “triad.” The harmony was incredible to my ear. From that day, more than anything, I wanted to play piano. Shortly after that, my mother was able to get “her” piano from her mother’s home many miles away, and my parents started paying for me to take piano lessons ($.50 per lesson). Mother said she never had to “make” me practice. I just wanted to play, more than anything, and I understood that the only way I could get better was to practice.

Through the years, I continued with lessons, with many large chunks of time when we couldn’t afford it, during which time I took myself through the lesson books. I was still taking lessons as a senior in high school, when I began to teach piano. I gave piano lessons off and on for many years, teaching for brief periods my own two children and two of my grandchildren.

As I grow older, there are so many memories that I treasure. I rehearse them so that I “don’t forget to remember.” That first realization of the beauty of piano music is one of those early memories that truly foreshadowed my life from that time forward. 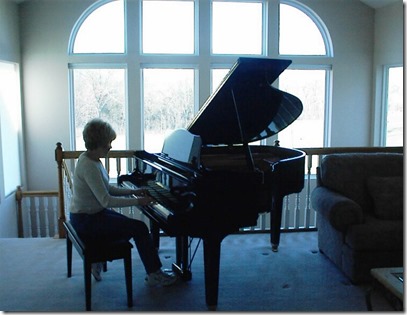 Absolutely stunning. Thank you so much for sharing, Barb!