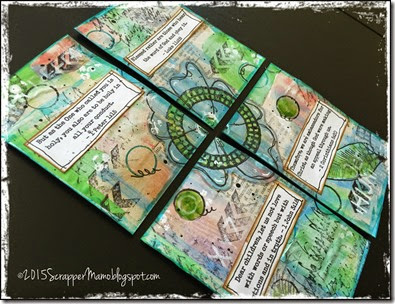 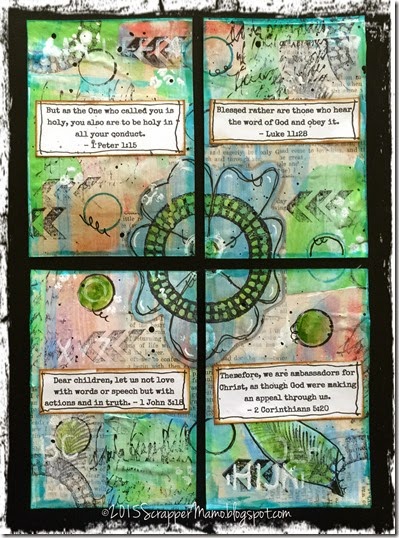 Glory Art Scripture Challenge #2 is a Bible Study about how we are representatives (ambassadors) of Christ.

I used watercolor paper for the foundation of these cards. I covered the paper first with book paper. Then I used several scrap pieces cut from the underpaper (newsprint) from previous projects.

These cards are cut at 3.5 x 5 each, to fit in a photo album pocket page. My Scripture Cards will likely eventually be pulled out to use in scrapbook layouts. I used a lot of stamps, watercolor paints, stencils, and Distress Ink for edges.

My very small high school band had a director for a short time who was strict, about everything really. He would not allow us to be seen in public in PART of our uniform. If we had performed in uniform, when the bus stopped at McDonald’s, we could not go inside without full uniform. If it was marching band uniform, that included the ridiculous hat. He believed that if we were in public in uniform, we represented our band and our school, and we were to always be aware that we were ambassadors.

How much more are we who claim the name of Jesus always to be “in full uniform” all the time.