JFK Assassination: 50 Years Ago From the Diary of a 16-year Old 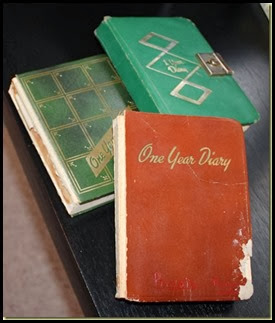 I had just begun my junior year of a high school, in a very small rural school in Missouri (47 students in my graduating class). My father was my history teacher and my principal. He was also my pastor.

It was a Friday, not unlike other Fridays. I was probably wearing my cheerleader sweater, as we had a home basketball game that night and often wore our sweaters on game days (it was also sometimes allowed in my public school to wear slacks on Fridays, rather than the usual skirts or dresses, so it was a good day for me—sweater and slacks—yes!).

I was sitting in my English class with a wonderful, soft-spoken teacher, when I heard the familiar click of a microphone being turned on, followed by the blowing of air through it (as people did “back then” to make sure the microphone was on). Following was my father’s voice, “Boys and girls, may I have your attention. We have just received word that President Kennedy has been shot, and Governor Connelly wounded, in a parade in Dallas, Texas.” [For the rest of my high school, whenever I heard that microphone click, I got a knot in my stomach.]

Though I was not, at that time, terribly interested in national affairs, I always had a sense of the importance of time and place in history, and as such, I made an entry in my diary, noting that I might someday want to remember a 16-year old’s accounting of the day of a presidential assassination.

The following entry is copied from my 1963 diary:

"Nation in shock because of the assassination of President John F. Kennedy by Lee Oswald."

A few days later I wrote, "School was out on day of funeral. Flags at half-mast and everyone wonders what the nation is coming to. Following Sunday: Lee Oswald shot and killed by Ruby. It's hard to believe the President has been shot.”

[On the day of the assassination], Daddy [high school principal] announced over intercom that the President had been shot and Governor Connelly had been wounded in a parade in Dallas, Texas. Later he announced that the President had died. The radio was turned on intercom all day [on the high school wing]. KLIK [the Jefferson City radio station] had prayer followed by playing the national anthem. I couldn't keep from crying. Watched proceedings on TV all weekend and Monday (funeral day). It seems so strange to see him making speeches (taped) on TV and know that he is dead. President Lyndon B. Johnson was sworn in minutes after the death.

On the evening of Kennedy's death we had a basketball game at our gym. Between the two games, Daddy led the audience in prayer for the nation and for the Kennedy family.

This was my first real interest in and awareness of national affairs.

Note: in the current day of television, videos, etc., it’s hard to imagine that “it would seem strange” to watch videos of someone who had just died. But, I did note that, because it seemed, well, strange, at that time.

My brother was 9 at the time of the assassination. This morning, he and I have been exchanging memories of that day. He was in the elementary wing of the same building where I was.

Here are some of his memories, shared today:

I was in 4th grade… when Daddy made the first announcement, that Kennedy had been shot. Mrs. L left the room and put me "in charge." I remember [one of the girls] broke the silence by saying, "Poor Jackie!"

Someone else asked if this meant we were going to be at war with Russia.

[I also remember that when the question of, "does this mean we are at war..." was asked, another kid asked if we could be under attack right now.  I answered, "We could be...there could be a missile on its way down on us right now!"  Which goes to show you the level of our nation's awareness of the Russian threat during the height of the Cold War, that a 4th grader would even know anything about Russian missiles.]

Most distinctly, I remember the sound and tone of Daddy's voice.  I remember when he first started speaking, it was so somber that I thought he was going to say something had happened to one of our family!  It scared me. The fact that this was an assassination in OUR time (the first since Lincoln) shook him, I believe.

Remembering historical events that are so shockingly entrenched in our minds is a stark reminder of other things, such as many, many things that have changed during the last 50 years. Though some of those changes are very obvious from my 16-year-old’s account, that whole topic is for another blog post, another day.

On the other hand, although it seems, and is literally, a lifetime ago, that day fifty years ago has a place in my memory that makes it almost seem as if it happened yesterday.

It's strange how those life-defining moments stay with us. As strongly as that, September 11, 2001 is for this generation. I find it also interesting that 50 years has not diminished the importance of that event for our nation--nor has that intervening half-century really answered the still-lingering questions about that assassination. And we may never fully know.