My Painting Style, a Pea Pod, and a Blue Fairywren

So much to learn about watercolor art...
The first thing I realized a few weeks ago when I started to delve into the nuances of this art form is that there are different “styles,” and each “artist” eventually settles into a personal style. Right away, after a few attempts, I concluded that the style called “loose” is not really for me. So many of the folks in my Facebook art groups use this style, and they just seem to have a knack of putting down a bunch of watercolor and it ends up looking like the essence of a flower bouquet (for example). It just does not come naturally, nor is it fun, for me.
On the other hand, the opposite extreme from “loose” is detailed realism. An example of this type of art is the pear I did a few weeks ago, following a tutorial from Anna Mason. 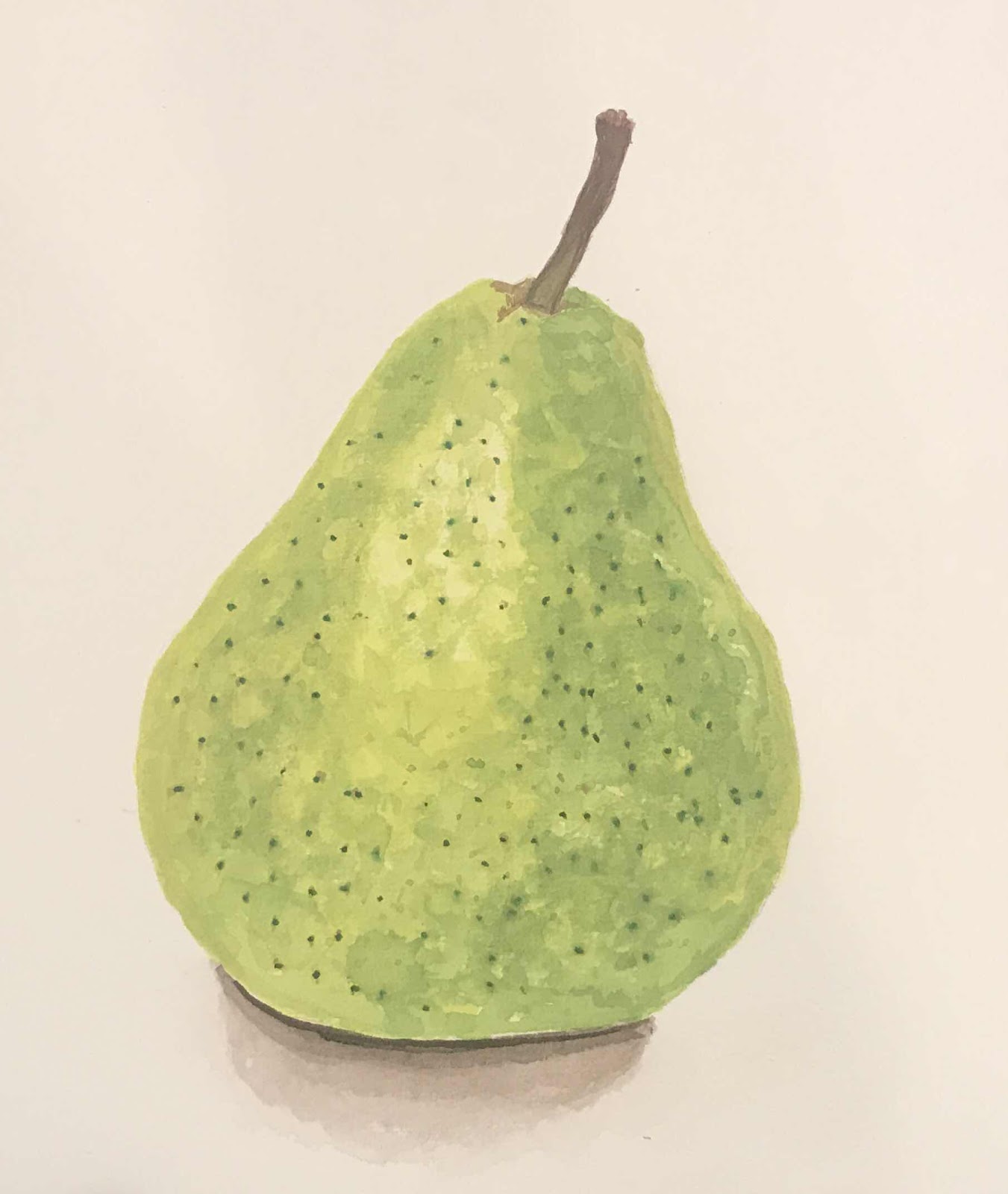 It was about the first thing I did when I started playing with watercolors, and though I successfully completed the tutorial, at that time, being so new at everything about painting, it was difficult and made me think that detailed realism really wasn’t for me either.
So, within the weeks that I have spent pretty much immersed in the learning process, my conclusion right now is that my style, for now, is sort of in-between the two extremes. Now I do not ever try the extreme loose style. But I do sometimes enjoy the attempts at detailed realism. So, I enrolled in Anna Mason’s Online School, where I am completing tutorials ranked by difficulty level (there should be something lower than “beginner,” for me, honestly).
After the Williams Pear, the next tutorial in my “school” is a pea pod. Now, this is not something I would be drawn to paint just because I want a painting of a pea pod. But because I am in a “school” and am learning techniques, I am willing to work on something not necessarily “cute” or something I would want to frame!
I have now completed the second beginner tutorial: 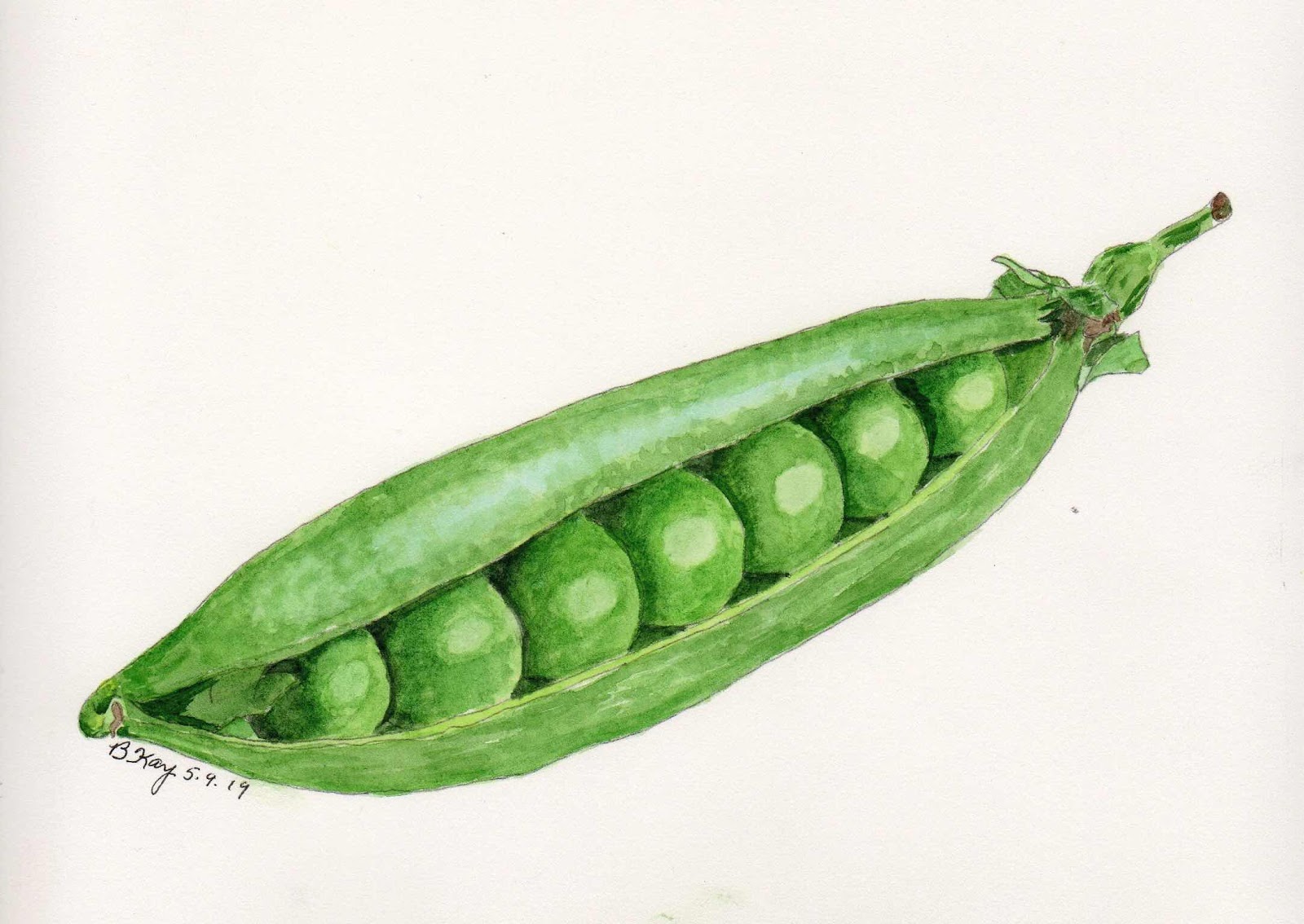 (Copyright information: Pear and Pea Pod are paintings produced using an online video tutorial at Anna Mason’s Online School.
But, as I do the detailed tutorial pieces, I give myself permission to break and do just fun pieces where I do something like paint from a reference photo. So, yesterday when I finished the pea pod (reminds me of the feeling of turning in a research paper), I watched a tutorial from a lady in Australia who was painting a little wren-like bird from her property. I was drawn to the gorgeous colors, and I have always thought wrens are so cute. We do not have this bird in America, but I wanted to paint it because of the beautiful colors. I started with her tutorial, but then I mainly used a reference photo (a real-life picture that is used as a reference for a painting).
Along with the photo, I found this information about this beautiful bird: 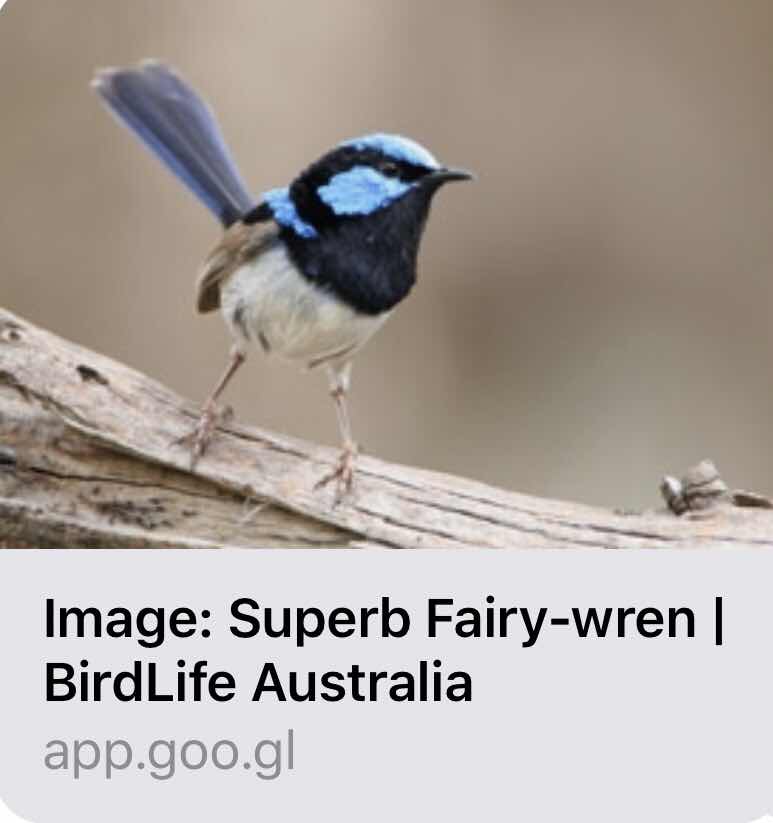 “The Australasian wrens are a family, Maluridae, of small, insectivorous passerine birds endemic to Australia and New Guinea. While commonly known as wrens, they are unrelated to the true wrens of the Northern Hemisphere.” Wikipedia

So, remembering that most of the time I’m not aiming for a painting that could be mistaken for a photograph, here is my painting from the reference photo: 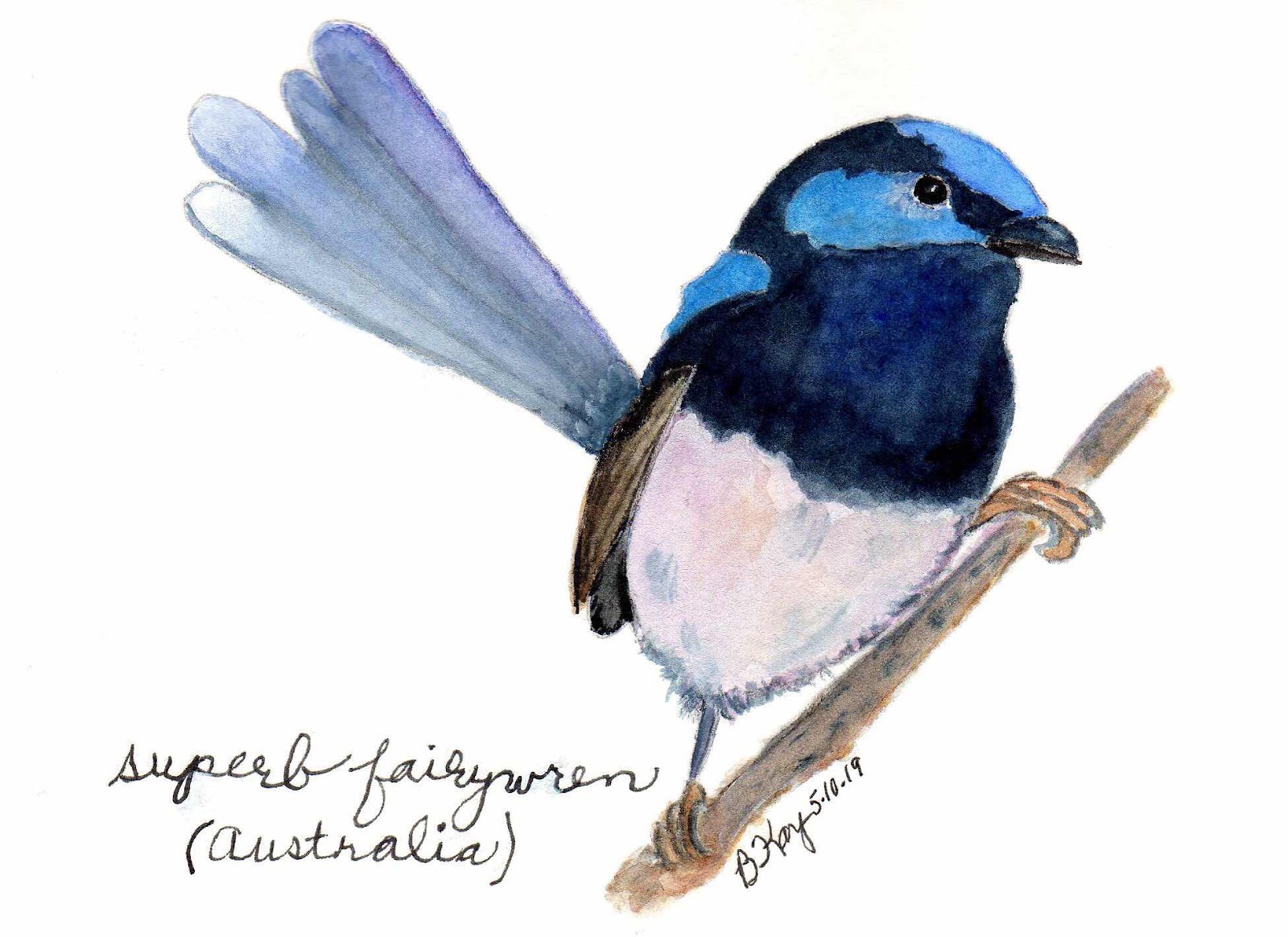