In my heart today, I am honoring two family member veterans, my husband Russell Ford and my father, R.V. Wilson, Jr. Russell served in the USMC during the Viet Nam War (spent 13 months there, 1968-1969). My father served in the Army Air Force and was overseas during World War II. 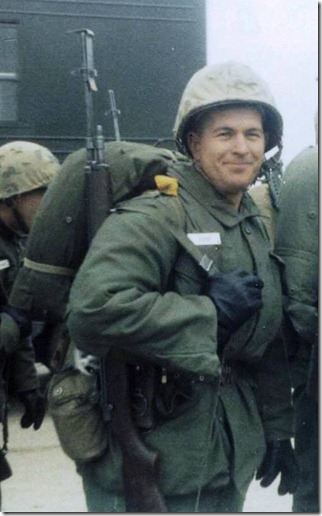 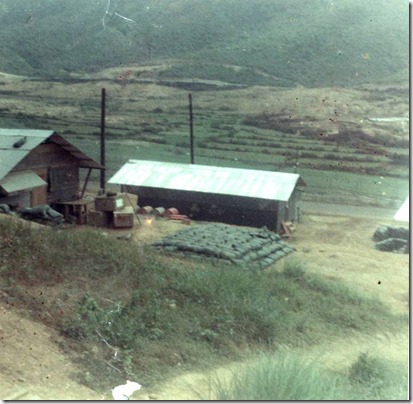 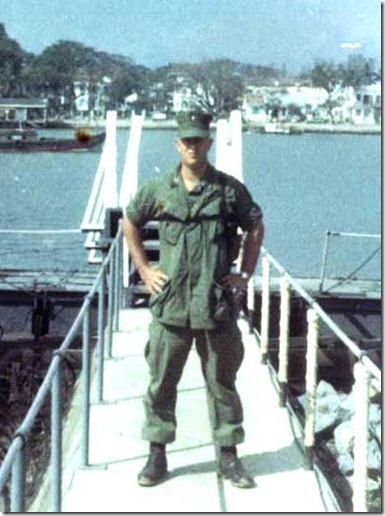 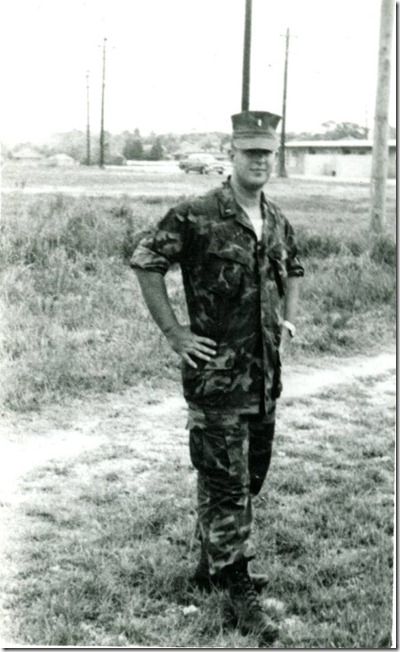 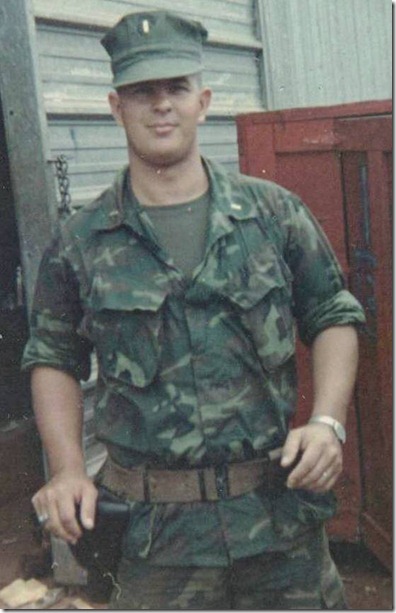 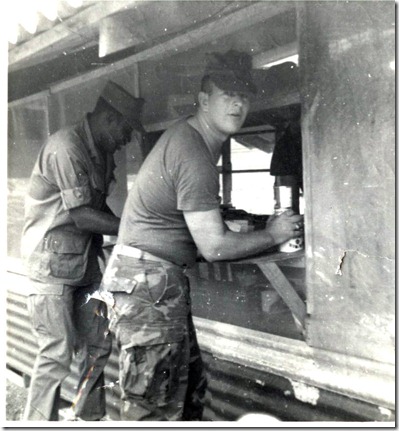 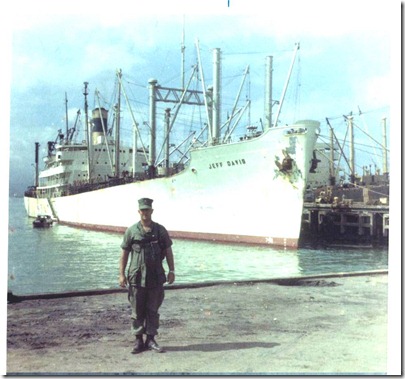 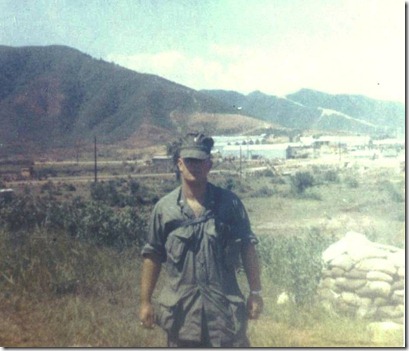 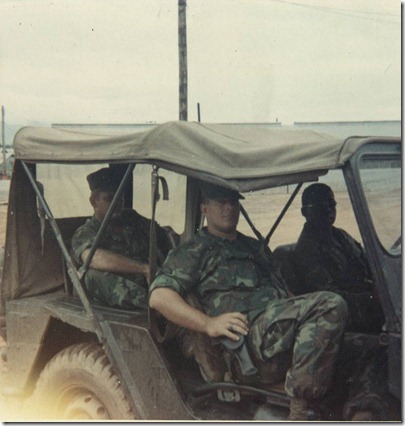 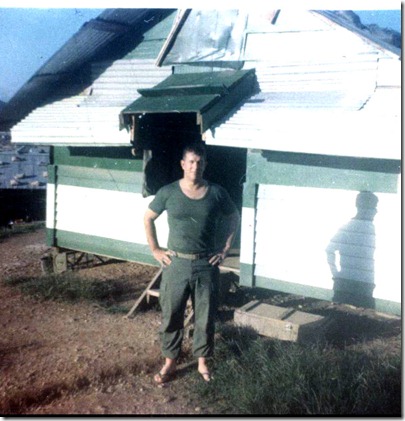 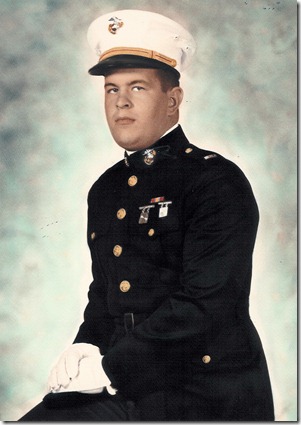 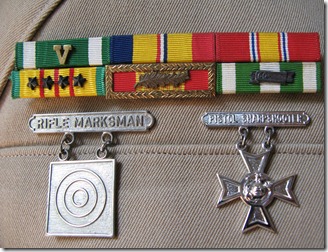 While in Viet Nam, Russell received at least one "Satisfactory" Supply Inspections (A "Satisfactory" was only given to a supply section where no errors were found. This report was very rare.)

The following was the exact wording of the letter recommending Russell for the Navy Commendation Medal, dated 8 Nov 1970, using information from a letter dated 24 June 1969:

"Lieutenant FORD served as the Supply Officer, First Battalion, Thirteenth Marines from 23 August 1968 to 3 September 1969. Throughout this period he displayed a high degree of professional knowledge, resourcefulness and leadership in the performance of his duties. Working tirelessly with strict attention to detail, he ably directed and supervised all functions of the battalion supply operation within this command. Lieutenant FORD's task is further complicated by the constant transfer of accounts between this battalion and the Special Landing Forces, this he has accomplished with the minimum of difficulty. By his efforts the supply posture of this organization has continued to improve and the recent Ninth Marine Amphibious Brigade Commanding General's Inspection rated the supply section as Satisfactory with no Discrepancies. Lieutenant FORD exhibited excellent leadership and organization ability which contributed greatly to a well organized and responsive supply operation. He is a quiet diligent worker who is an inspiration to all that work with him. Lieutenant FORD also serves as the Battalion Fiscal Officer and an indication of his managerial excellence and keen foresight is his supervision of an annual budget in excess of $660,000 with an ending balance of less than $2,000. Upon returning from Embarkation School, he was assigned the additional duty as Battalion Embarkation Officer and as a result of his knowledge, guidance and firm initiative, the embarkation portion of the Ninth MAB inspection was also found to have no discrepancies. Lieutenant FORD's superior professionalism, resourceful initiative, cool efficiency under pressure and loyal devotion to duty are in the best tradition of the U.S. Marine Corps and the U.S. Naval Service." 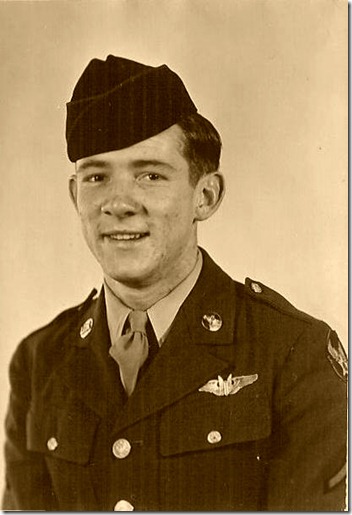 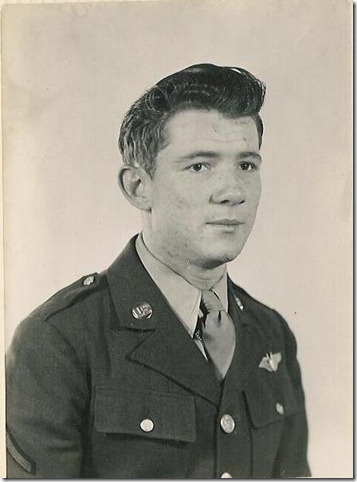 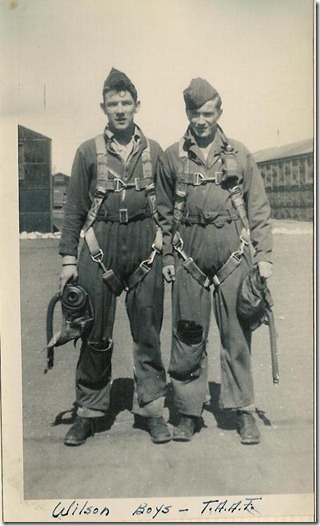 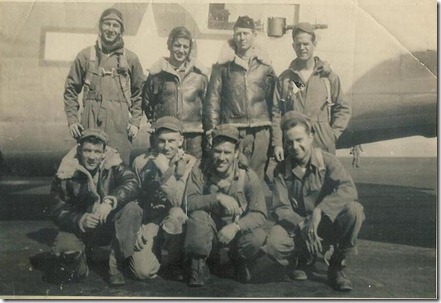 Daddy and some of his B-24 Flight Crew

Military Information taken from "The Fighting Men of Arkansas" published by The Arkansas Historical Institute in 1946 (book owned by Dorothy Mae Varner Wilson and passed down to Robert Keith Wilson),  p. 558. "S/Sgt R.V. Wilson, Jr., son of Mr. and Mrs. R.V. Wilson, Sr., was born March 19, 1926, in Omaha, Arkansas. He attended Blue Eye High School and the University of Arkansas. Entering the Army Air Corps [US Army Air Force] July 11, 1944, at Little Rock, he received preliminary training at Sheppard Field, Texas, and attended Service Schools at Tyndall Field, Florida; Lamare, California; Tonopah, Nevada; Mt. Home, Idaho and Topeka, Kansas, qualifying as turret gunner. After a year and a half in the United States, Sgt. Wilson departed December 17, 1945, for Le Havre, France, and served in Furstenfeldbruck, Germany. Promoted to sergeant January 29, 1946, he is now in Istres, France, as clerk in Hq. 306th Bomb. Group H. His home is in Helena, Arkansas, and he is married to the former Leona Cox."

Note from "family military expert," Keith Wilson, 3-23-2009:
"[Daddy's] primary aircraft was B-24 Liberator built by Consolidated Aircraft. Secondary, and much less flying time for him, was B-17 Flying Fortress, built by Boeing. Both had the Sperry Ball Turret, which was his gun position (Sperry later merged with Rand to form Sperry-Rand.) His position was also called the 'belly gunner'. The ball turret required someone of short stature because it was so confining. That's one of the reasons he was in that position."

Let us never forget the sacrifices made by those who have answered the call to serve, to preserve and protect our freedom. I am proud to be the wife and the daughter of such men!

Thank you much for this encouraging and wonderful tribute and post - what amazing men!

Absolutely beyond fabulous Barbara...what a tribute! You are so knowledgeable about their service! All my thanks to both of them!

I'm really feeling speechless, but thanks for the good tears. I don't remember reading Dad's letter of commendation before, but wow, does it ever describe Dad. He sure hasn't changed much over the years. I guess he was always just this good. The info. on Gramps was also really awesome to see and read. It also dawned on me that Conner got his nose. :-)

That is so neat! I wish others would honor their family through posting about their service. We are quickly losing the history of those that served in our military. Students today have little concept of the important events of our past. We have to document these! Thanks for sharing.

Wow! Barbara this must have been emotional for you. I want to thank you for opening my eyes even more.
Many really do take life for granted...
To all who served.... thank you!
Ivette

Wow! Barbara this must have been emotional for you. I want to thank you for opening my eyes even more.
Many really do take life for granted...
To all who served.... thank you!
Ivette

What a perfect tribute. Thanks for sharing all those details - those kinds of things really DO matter. That's MY dad.:-)

I am so proud to be part of a family with such a history of excellent character and service. It is sobering to think of what others before us have so willingly given for freedom. It is comforting to know that "real" men still do exist in this world! Something, interesting I noticed. Gramps enlisted on Tory's birthday and left service on Conner's.

This is such a wonderful and reverent tribute to your hubby and father. Thanks so much for all the photos and the details of their service and commendations.

A sincere thank you to both of them for their service and to you and your family for your sacrifices as well.

What a lovely tribute, Barb. Thanks for sharing all the photos and the service records. You must be so proud!