As a mother and a grandmother, it has often been (and is) my blessing to attend events where my children and grandchildren are performing in select groups. Saturday was such an event. Our grandson was a part of the 11th and 12th Grade District Honor Choir Concert, presented by The Missouri Choral Directors Association and the St. Louis Suburban Music Educators Association, held at the Pattonville Performing Arts Center in St. Louis.

Prior to the performance, the conductor invited parents to take pictures. So, I was able to catch Conner in a smile that is not typical of his “performance mode.” 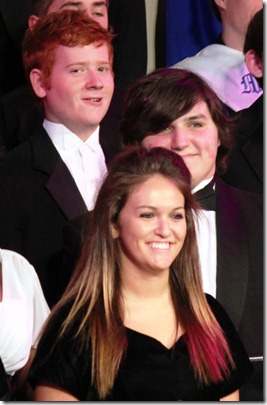 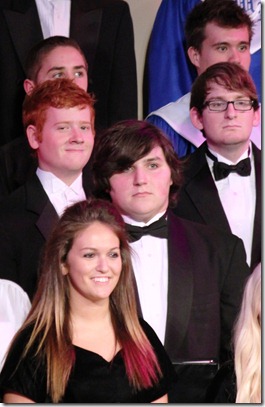 This Honor Choir is made up of Juniors and Seniors in the St. Louis Metro Area who auditioned for this choir with a contest-style solo. He was one of only two tenors from his high school. They performed five numbers, and the quality of the performance was incredible. 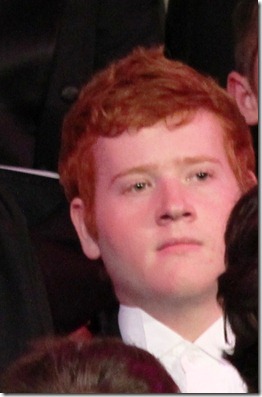 Also attending the concert were Conner’s parents and his sister Tory, home from her university for the weekend. She is always so proud of her brother! 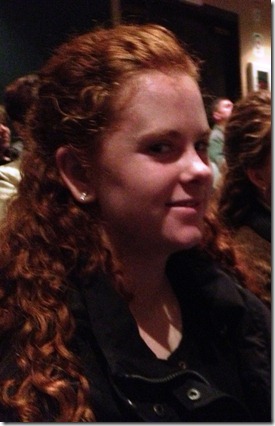 I think only a grandmother can fully understand the true blessing it is to be one. My grandchildren are such gifts from God!

As a grandfather, I can relate! What is often "NBD" (no big deal, duh!) to them is usually an "RHD" (really huge deal!) to us. My grandson says, "Oh yeah, and I guess I'm the best in my class in math or whatever, 'cause my teacher said so," to me, = RHD. District Honor Choir = RHD!!

What handsome children, and that beautiful red hair!!! I love that colour two of my grandsons are red heads, they are special, thanks for sharing