Memorial Day is an American holiday, observed on the last Monday of May, honoring the men and women who died while serving in the U.S. military.

Originally known as Decoration Day, it originated in the years following the Civil War and became an official federal holiday in 1971.

I can remember my Mamo placing a high priority on visiting the cemeteries (there were several where family members were buried, but all within the same area). In fact, my aunt tells about how as a child she remembers seeing her mother (my Mamo) load up the wagon with the flowers, and the horse and buggy would be her transportation to decorate the graves. It was called Decoration Day then.

Since our parents passed away, my husband and I have been honored to take flowers to their graves each May (if we are not out of state), just prior to Memorial Day, so the graves look nice for the holiday weekend.

We do this to show respect and to honor their memories. We of course know that, in the case of all four of our parents, they are in heaven, and the grave only represents the place where their physical remains were buried. They are no longer there. We don’t go there to talk to them. They are in heaven.

We do this because we live close enough for it to be practical for us to do it, and we do it out of respect.

We do it because it’s something we want to do, and in an odd sort of way, we actually look forward to the day each year and enjoy remembering them in this way. 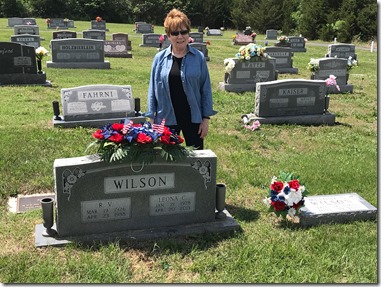 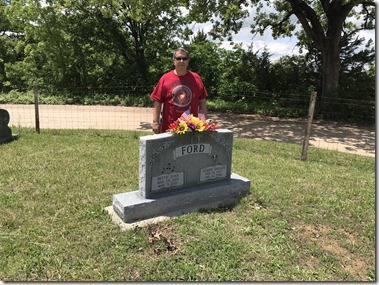