Good Times with Siblings {My Family, My Heart}

My husband and I are so blessed to have such very special siblings (and their spouses). My sister Janene (15 months younger than I) married my husband’s brother David, and then there’s my only brother Keith and his wife Michele.

Recently we enjoyed one of our regular intentional get-togethers, this time a weekend at the home of my sister/Russell’s brother. 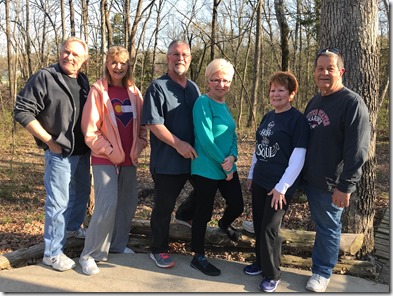 We enjoyed great food and wonderful weather which allowed for lots of outdoor activities on Fordland.There was lots of coffee, conversation, and laughter. 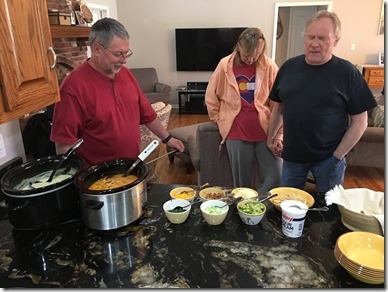 Asking God’s blessings on the food. 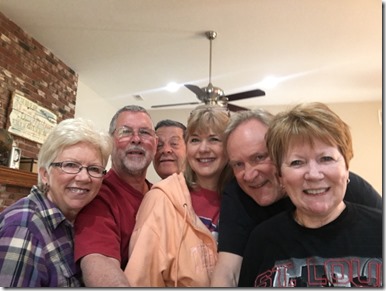 What a fun bunch! 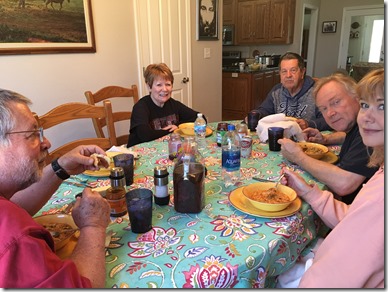 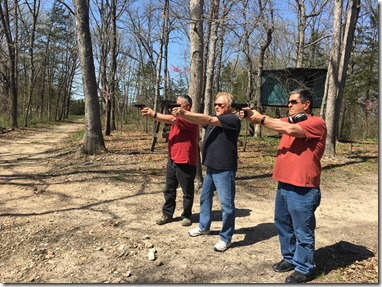 These guys are hilarious (Janene made them pose for this picture before they did some target practice…obviously they aren’t really shooting here, as their ear protection is not on). There was conversation about the upcoming Wild Hog Hunt in Texas in the fall (along with Keith’s son Matt). 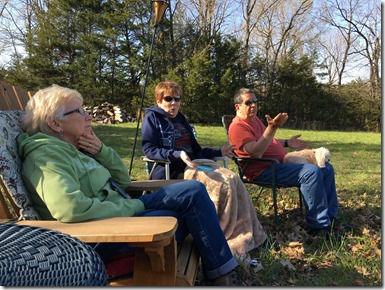 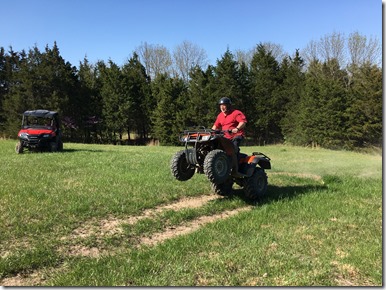 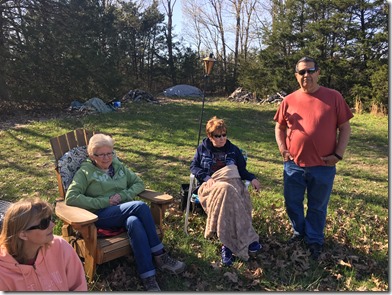 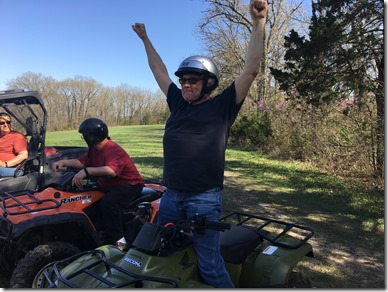 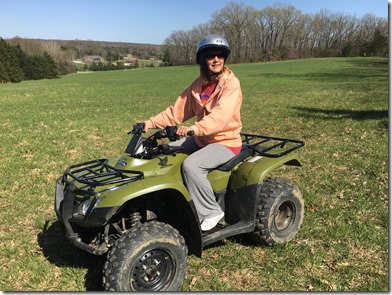 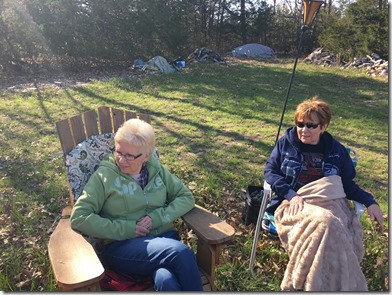 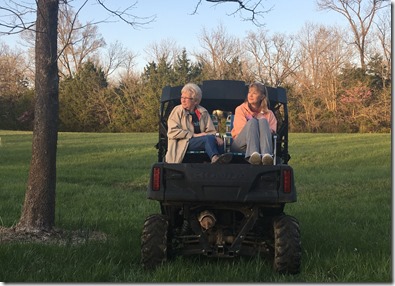 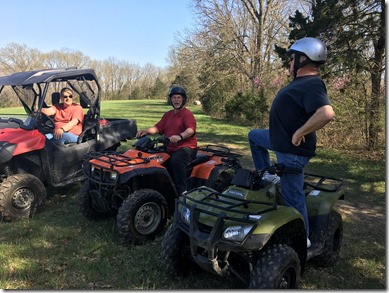 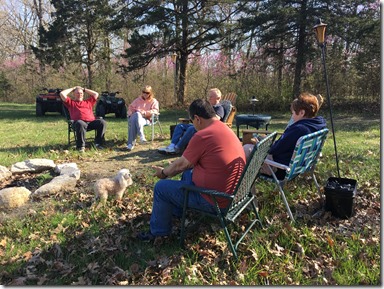 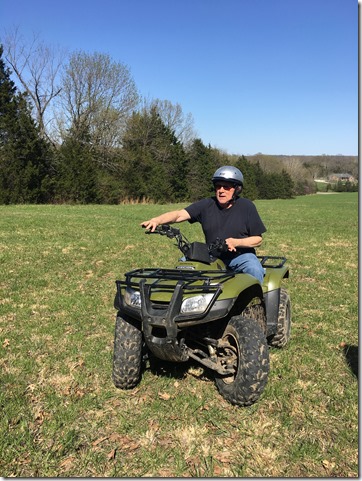 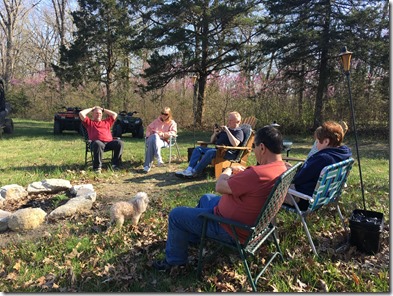 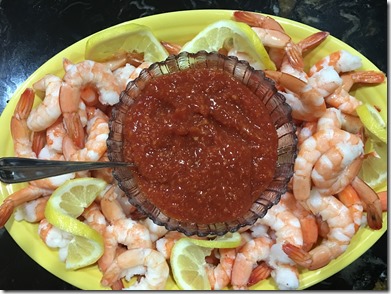 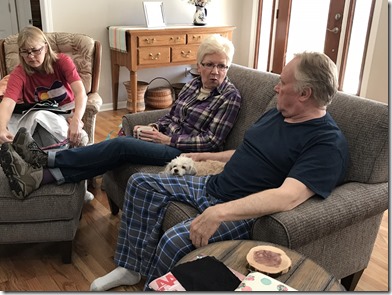 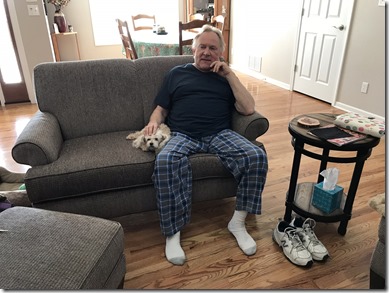 Sassi cuddles up next to my brother, the dog whisperer 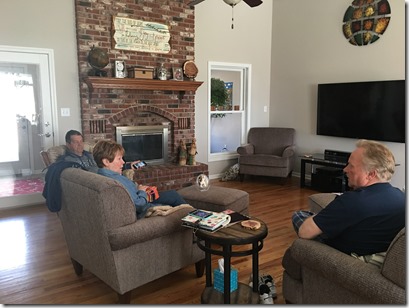 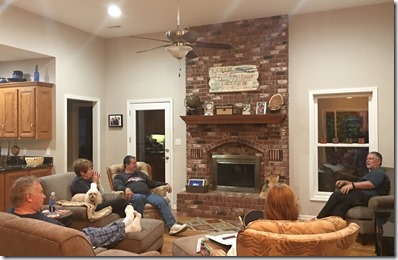 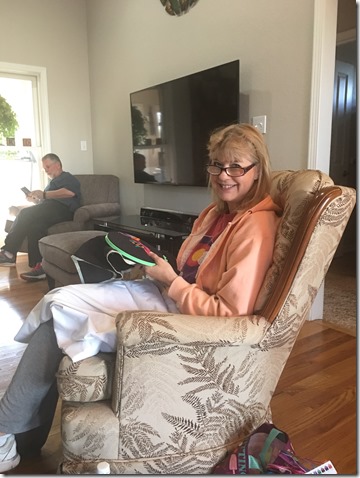 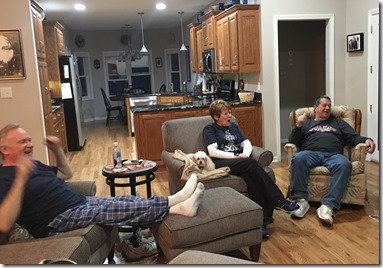 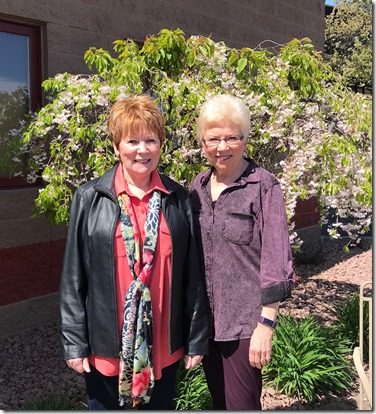 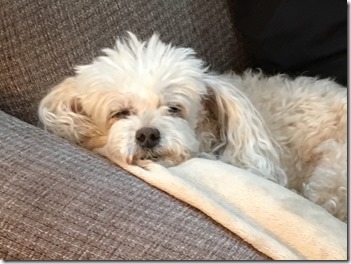 On May 25, David and Janene and Russell and I drove to New Salem Theatre (close to Springfield, IL) to see Keith play the role of the Secretary of the Continental Congress in the musical “1776.” He was the best! 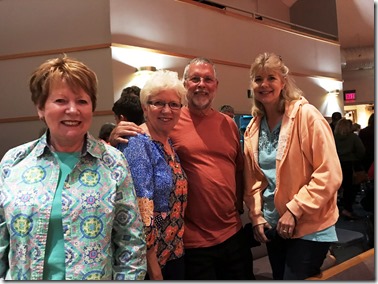 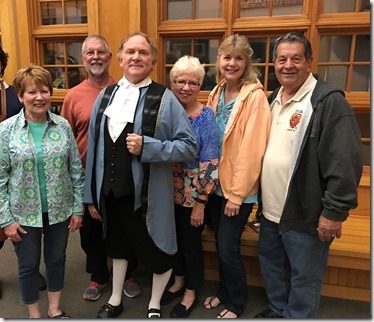