Being Resourceful (in the early 60’s)

This is a story that involves fashion history, a personal story from my memory.

In 1954 the first pair of seamless stockings was created. In 1959 panty hose were invented.

Prior to that and for a while after, until everyone caught up with the changing trend, women wore individual nylon stockings, usually with seams up the back, each stocking fastened at the top, to a garter belt, or secured with a garter (like the blue one that is still often “thrown” at weddings). When I was a sophomore in high school in the early sixties, we were just beginning to transition from “nylons,” both seamed and seamless, to seamless panty hose.

In my house, between Mother and my sister and me, sometimes we had an odd number of individual seamed stockings and individual seamless stockings (odd number because we tossed the ones that had “runners” — can’t go into that description right now, but wearing hose with a “runner” would’ve been the height of NOT chic), and we only had maybe one pair of panty hose (always seamless).

For high school choral concerts, we were required to wear a dress, which also meant wearing hose (we would never have gone with bare legs back then). One evening as my sister (a freshman) and I were getting ready for the concert, we discovered that we had a total of one pair of panty hose and then a single seamed nylon and a single seamless nylon.

With our combined memories, we are not positive about which one of us got stuck with the one seamed/one seamless nylons, but I’m pretty sure it was my sister. But together we came up with the idea for a solution. 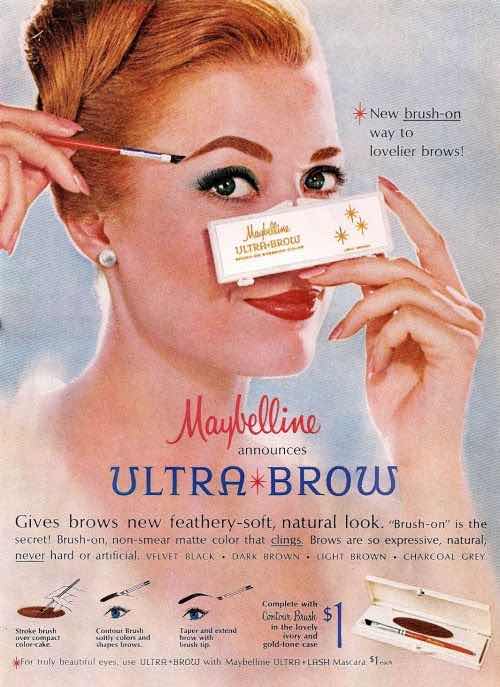 I took Mother’s Maybelline brow color with the little brush, and after my sister put on the nylons, I actually DREW a line up the back of her leg to simulate a seam. Honestly, you couldn’t tell the difference in her two legs! So, she wore “seamed” nylons that night, and I wore the seamless panty hose.

Yeah, we were resourceful like that. We made things work!