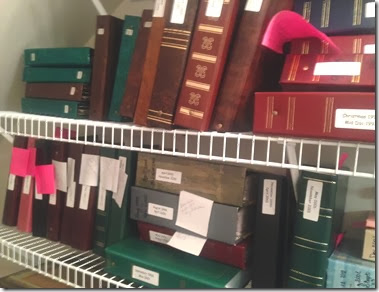 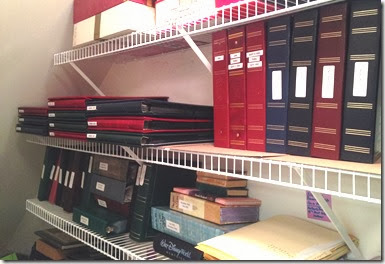 January usually finds me knee-deep in organizational projects (as opposed to random and creative projects much of the rest of the year). I just reached my goal of going through literally hundreds of pictures in old albums from 1982-1991. I tossed the old albums and many poor quality photos from those years, scanned 10-20 photos from each year for electronic archives, and re-pocketed each remaining picture in acid-free albums. I had previously done that with 1970-1981. The photo albums from 1992-2002 are in pretty good shape, so I’m leaving those alone for now. I started scrapbooking in 2003 and have kept up with all photos since then. SO, big huge sigh of relief.

Today, back to something a bit more creative. I use Smash Journals for pictures and memorabilia that do not make it into my traditional chronological scrapbooks. This is a page done today, from my fourth Smash Journal (which will house 2013 “stuff”). 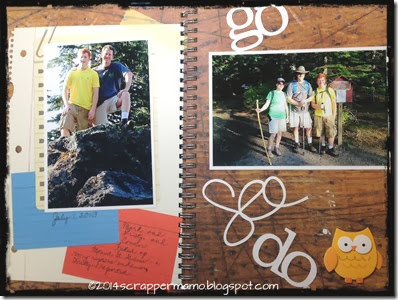 Sooooooo cool! I love your SMASH page! You go girl on the organizing! You are the "queen"!!!!