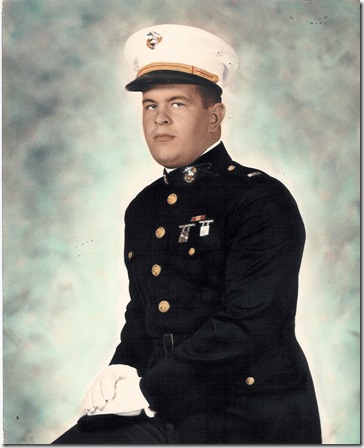 My husband’s military service is a special part of his personal history, and as such, an important part of our family history. We were married in 1965, during the height of the Viet Nam War. He graduated from college in May of 1967, and having passed the qualifying test the previous winter, had been sworn in as an Officer Candidate in the United States Marines. He was commissioned as a 2nd LT in the spring of 1968, and after Officer Candidate School and The Basic School, followed by Supply School, he spent a 13-month tour of duty in Viet Nam. While in country, he was promoted to 1st LT. He was honorably discharged as a Captain, USMC.

One day I may write a book. For today, as we celebrate Veterans Day, I’ll just post a few pictures from the “olden days” – the days when military personnel and their loved ones could not even communicate by telephone, much less web cams, Skype, email, chat, etc. We communicated only by letter (real letters) for 10 months. Then we met in Hawaii for R&R. Then another three months of letters-only, before his return home. Yeah, THOSE “olden days.” 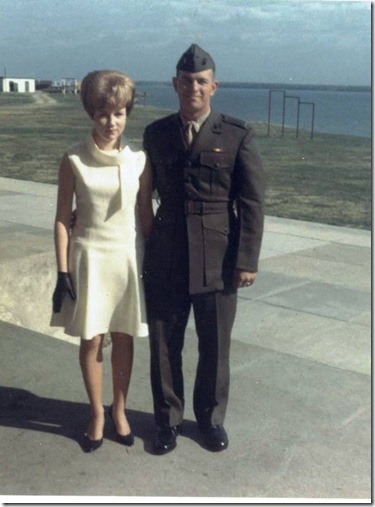 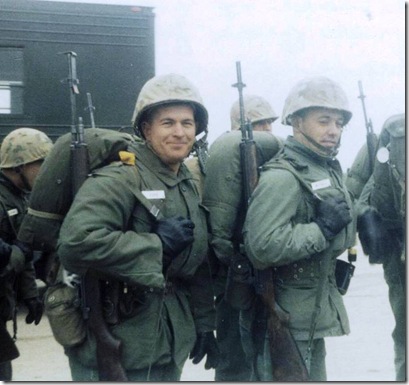 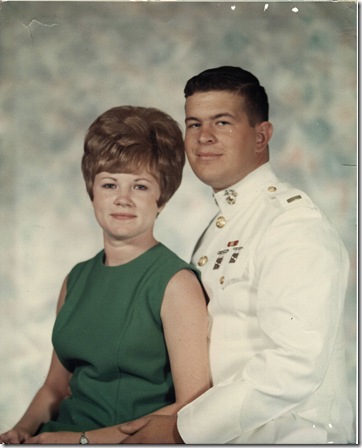 Following pictures are from Viet Nam: 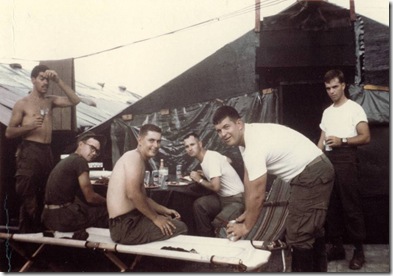 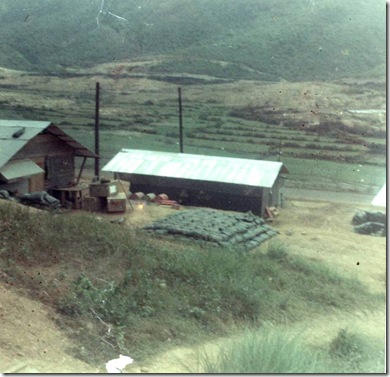 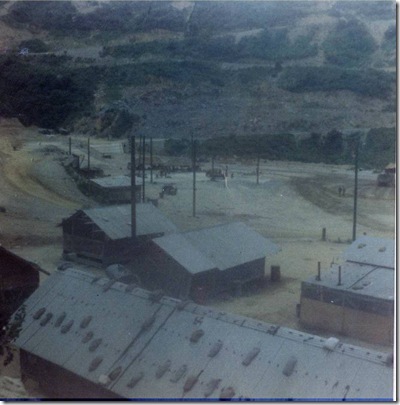 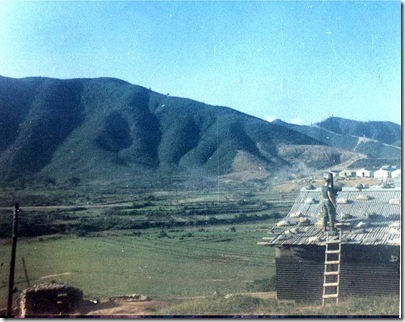 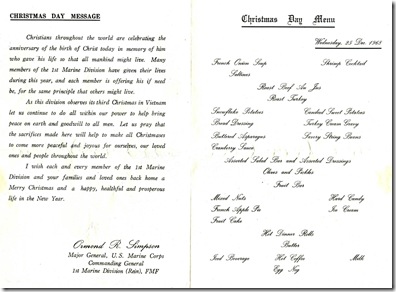 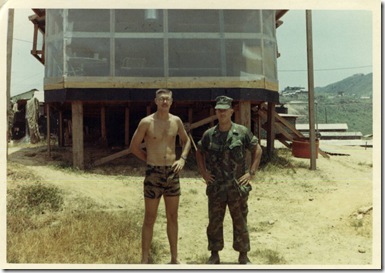 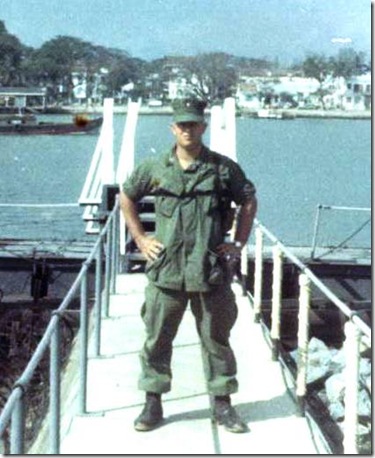 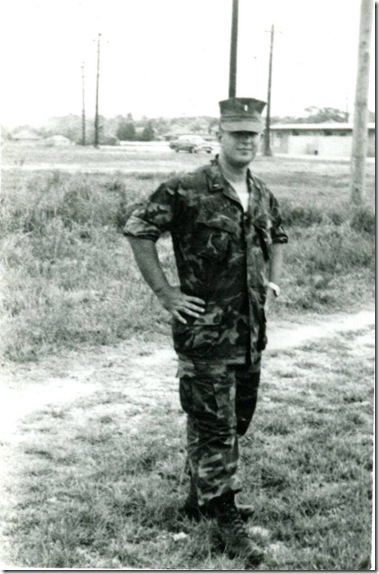 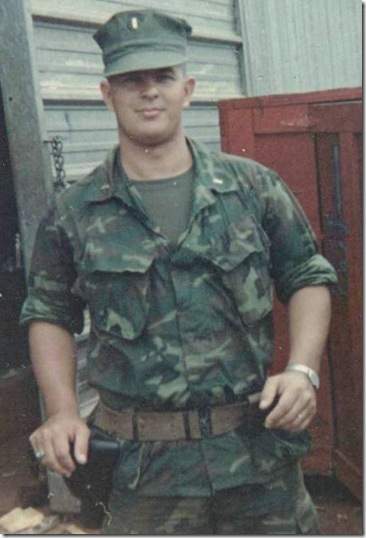 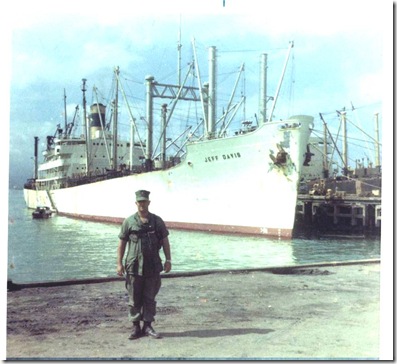 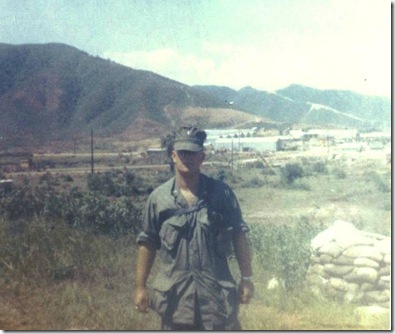 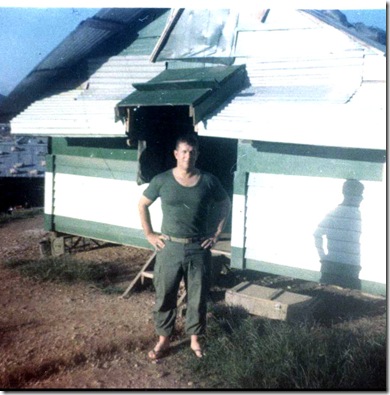 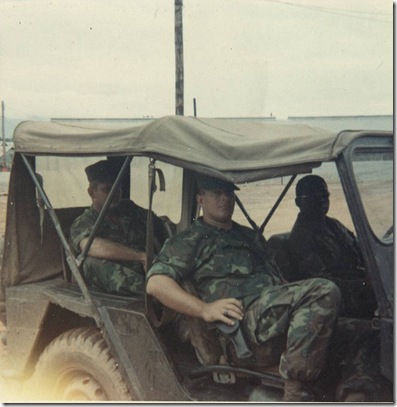 Photos below: Having returned from overseas duty, Russell was presented with the Navy Commendation Medal, earned for meritorious service during a wartime situation. 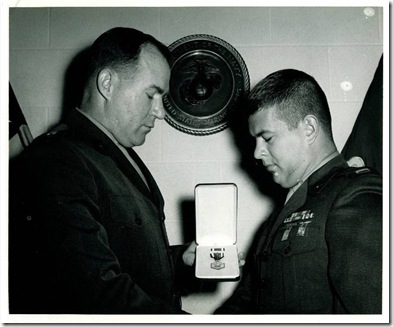 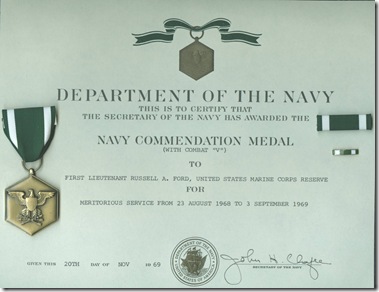 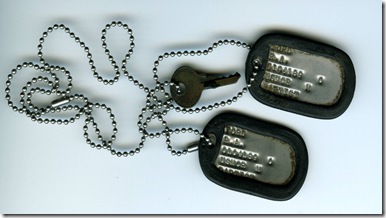 Thanks to my honey, and to all who have served through the years, to secure and protect my freedom.

Thank you my wonderful wife.

Just beautiful...love the photos too! Thank you for inviting us into a small piece of your lives!!!

That was awesome! Thanks to our brave military men ... today and always!!! God bless.

Dad, thanks not only for serving your country, but thanks for surviving and everything you had to do for that to happen.

Secondly, I must say the years have been harder on you than mom, who looks about the same except for a much smaller hair do.

Barbara, thanks so much fore posting this...thanks to Russell for his service, and thank you for keeping the home fires burning. I have to agree with Mark, you haven't changed a bit.

Thank-you to Russell and all who have put their life on the line for our freedom. What a handsome soldier you were and are, Russell, and y'all were the cutest young couple!...love old pictures and stories. I especially find the commentary on the Christmas menu bittersweet. Oh, for a revival of the Spirit in our time! Thank-you for sharing this, Barbara.

Usually, I get to say what I want to say about Veterans Day early in the day. Today I had to work and, in fact, I'm just now getting around to reading news and comments about this holiday that I hold in pretty high regards.

Not having been able to serve myself, I feel a particular gratitude for those who did--and do. But now, having read my sister's blog, all I really have to say about Veterans Day is this: Here it is. It's right here. This is why Veterans Day is important. It's all right here in these pictures and this couple's story.

The line from a John Milton poem, "they also serve who only stand and wait" applies to Barbara here. I believe she too is a veteran. A military wife is a life few can comprehend, especially when her husband is serving in a war zone half-way around the world.

You too deserve a salute this day, Barbara. And what an amazing job you have done of creating this tribute!

Brenda Gail Parker Brothers said...Thank You for sharing and your family's sacrifices. You should write and book. Wonderful Memories.