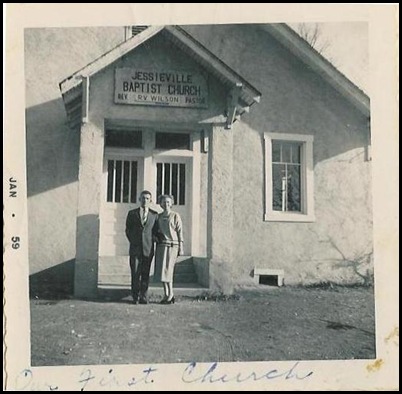 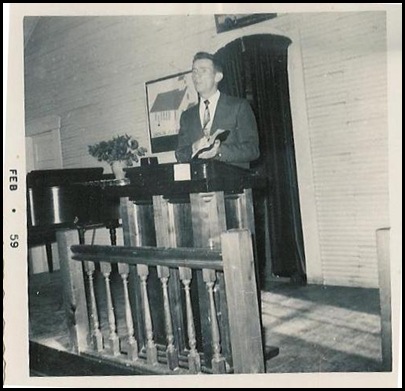 Powerful. True. Irrefutable. Amazing. And also... That pic of Dad could be Conner!!!

Thank-you so much for this good report! It was very encouraging to hear about such things! I really love history, and especially when it's personal historical accounts, and best of all when it's the history of God's on-going story of salvation and transformation. Such nice old pictures too...like stepping back in time. Thank-you, Lord, for Your faithful and good plan for this family.

Thank you, Val, for your nice comments and for the reminder that, yes, it truly is God's faithful plan!

Barbara, this is such an amazing story. As I read this to Dan, he said "As in Mark's song, 'Where would I be now?'." Without God's love and the fact that God came into your daddy's life and changed forever the direction that it had taken, our lives would not have been touched. He knew the plans that He had for you, and through those plans, we have been saved also! God bless your wonderful family, and thank you so much for sharing not only this story, but your awesome family and ministry with us. God truly blessed us when He brought the Ford family into our life, and we thank Him for that every single day.

This has to be the best piece of writing I have ever had the privilege of reading. Perfectly composed. I say that not just because you're my sister, but because this writing stands up under any scrutiny.

Now, having covered the mechanics. . .this story--very much in part my own story--is one that needs to be told over and over again. Thanks for putting it down in writing, and for preserving this amazing block of our history.

I read it again. This is a treasure.

Thanks to my brother for one of the highest compliments I've ever received.

Stef, your post is a reminder of how God's work as a result of Daddy's decision is far-reaching, broad in scope, and ongoing. What a cause for praise!

Thanks, Mark, I'm honored that you view this story as a "treasure," because I know you will pass on the story to your grandchildren as well!